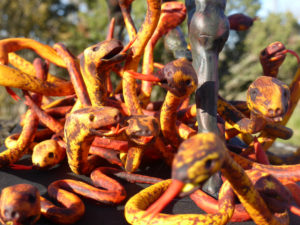 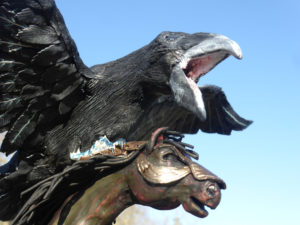 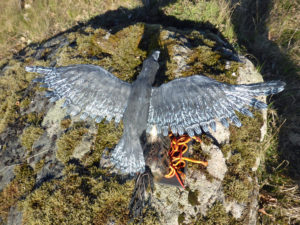 Amon Amarth is a Swedish melodic death metal band with lyrics that mostly are about Viking mythology and history.

When I saw them att Sweden’s biggest Music Festival Bråvallafestivalen in the summer of 2016 the very powerful music challenged my mind to create an explosive and powerful Viking horse that with the help of a fierce raven (a very important bird in Norse mythology) kind of exploded out from a pit of ferocious snakes, that also looked like flames from a fire.

Even if I liked the concert, I had to leave, I had to find my way out of the enthusiastic crowd to get some paper and a pencil to make the first sketches.

For almost a year I have been afraid of creating this sculpture because of the risk that it should not express power and boldness in the way I wanted it to. Now here it is…